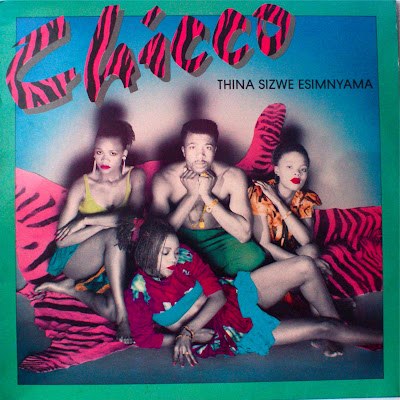 Starting out in the early 80s in Don Laka's group Image (later renamed Ymage), by the mid-80s Sello "Chicco" Twala had established himself as a bankable solo star and top producer, and went on to make his mark on bubblegum, kwaito and gospel. "Sello is one of those musicians who never turned a blind eye on the oppression of their people. As a prolific prophet he wrote controversial and somewhat ambiguous freedom sons that frustrated the merciless censorship machine of the state." (Mojapelo 2008:10-11). The most famous example of this was 'Miss You Manelo', a veiled tribute to jailed Nelson Mandela. By the late 80s he was leading Brenda Fassie in a new, more political direction, writing and producing Too Late For Mama (1989) and Black President (1990), as well as 'I'm Winning Mr Dear Love', a tribute to Winnie Mandela, for Yvonne Chaka Chaka.

Coming out around the same time as the better known Soldier, Thina Sizwe Esimnyama ("We the black nation") catches Chicco in his prime. The title track is a slow freedom song, while most of the album showcases his often imitated programmed bubblegum beats. 'Shigomase' is a rare foray into Afrobeat. His lyrics cut right to the chase: 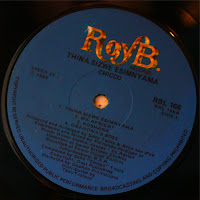 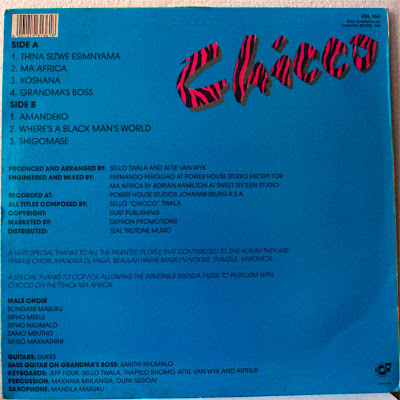