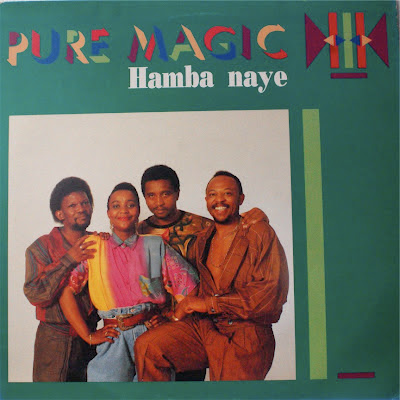 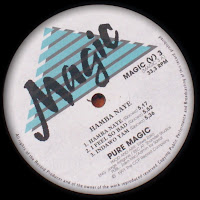 Pure Magic were a popular act put together by Sizwe 'The Quiet Storm' Zako, with vocals by Peter Mokoena, Nomonde Msizi and others. Zako played all instruments and wrote all tracks on this album, excluding the traditional 'Sundlala Ngabantu'.  He is also the man credited with launching the career of gospel queen Rebecca Malope. This was Pure Magic's third album, after Bhay' Lam (1989) and Umuzi Wam (1990).  It's powerful, gospel-tinged synth-pop best on the title track, 'Daddy Come Home' and 'I Feel So Bad'. 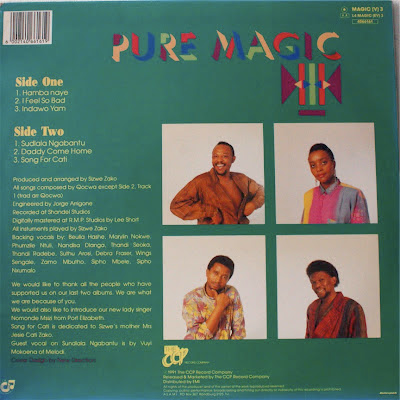