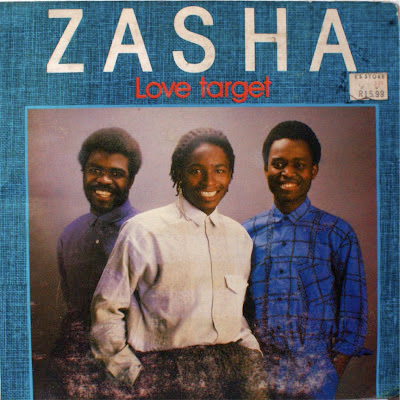 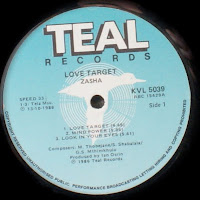 Debut album from Afrosynth favourite who, like Stimela, transcended the bubblegum label with their tight and sophisticated afro-pop grooves. "Zasha are three young men with a mission. Hailing from the East Rand Township of Vosloorus they aim to spread music right round the country. Their first hit 'Brika Bova' opened the doors for them and now they bring you their first album Love Target." Featuring trombonist Jannie van Tonder, who also played with Mzwakhe Mbuli, The African Jazz Pioneers, Vusi Mahlasela and James Phillips, among many others in SA and Europe. 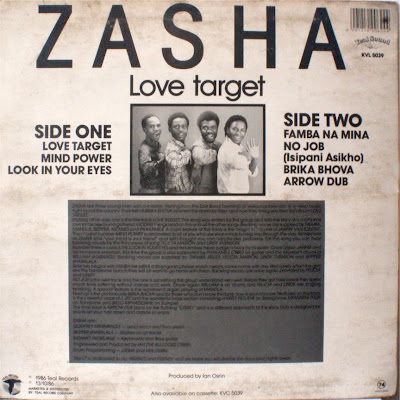