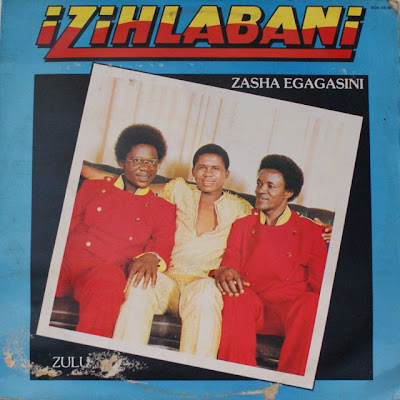 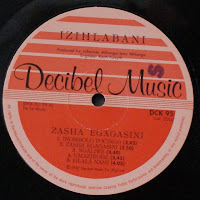 With their smooth vocal harmonies and rolling synths, Izihlabani ('The Stars') put out 80s mbaqanga at its soulful best, alongside the Madlala Brothers and Soul Brothers. "Izihlabani, consisting of Chwane Mhlongo, Ernest Shelembe and Junior Dlamini was formed in 1986. Their first album Yini Ngawe was very popular ... This is the group's second album and we are sure it will go just as well as the first!!!" Also featuring Dumisani Madida on keyboards. 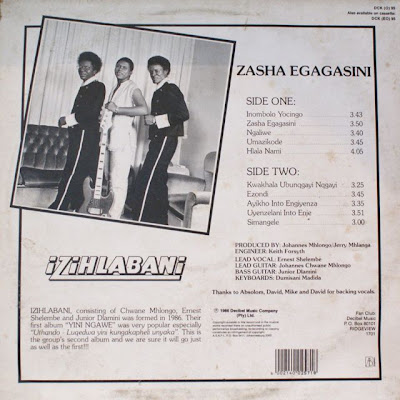