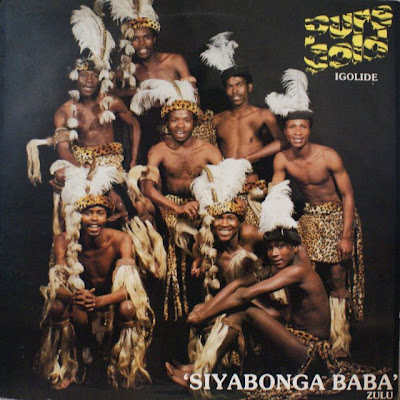 Consisting of the Gwala Brothers Paulos, Freddy, Patrick, Jafta and Victor, Pure Gold were one of the most popular 'Zulu traditional' acts of the day, even making inroads overseas on the Shanachie label. They were under the wing of Blondie Makhene, one of the key figures in SA music in the 70s and 80s, who also provides keyboards here. Siyabonga Baba (Thank you sir) catches them at the peak of their fame. 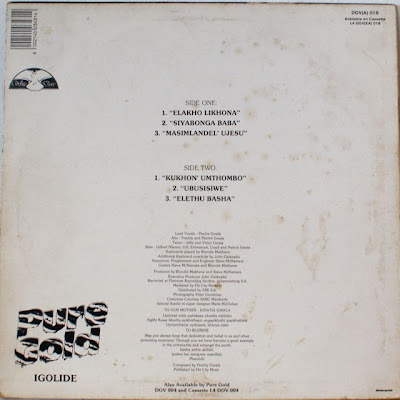