Far removed from the bubblegum scene, Hi-NRG act People Like Us' 1986 hit 'Deliverance' made them famous in clubs in Europe and all over the world, although people didn't at first know that they were a South African act, something their UK-based record label Passion were reluctant to acknowledge. In South Africa 'Deliverance' was also popular, although albums were only available through import and people only found out that they were South African at the height of the song’s popularity. The song became the title track of their debut album, featuring other tracks including 'Hiroshima', 'Fighting for our Lives' and 'Reincarnation'. 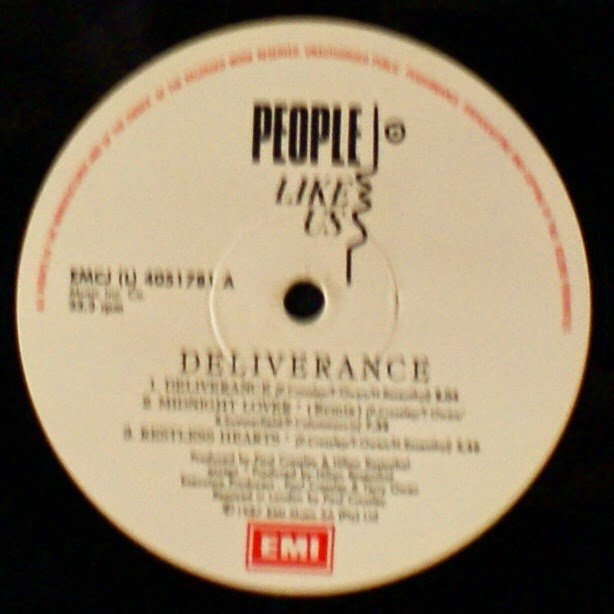 Frontman and producer Paul Crossley seemed destined for big things before dying of Aids in August 1989. He wrote the following message for partner in crime, former Shiraz bandmate and lyricist Terry Owen: "Terry, special thanks for your innovative lyrics which have equally inspired me to produce world-wide number one dance hits." Vocals by Cindy Dickenson. Other names associated with People Like Us include Hilton Rosenthal (Juluka, Savuka), Robin Hogarth (who later won a Grammy with the Soweto Gospel Choir) and Bobby Summerfield. 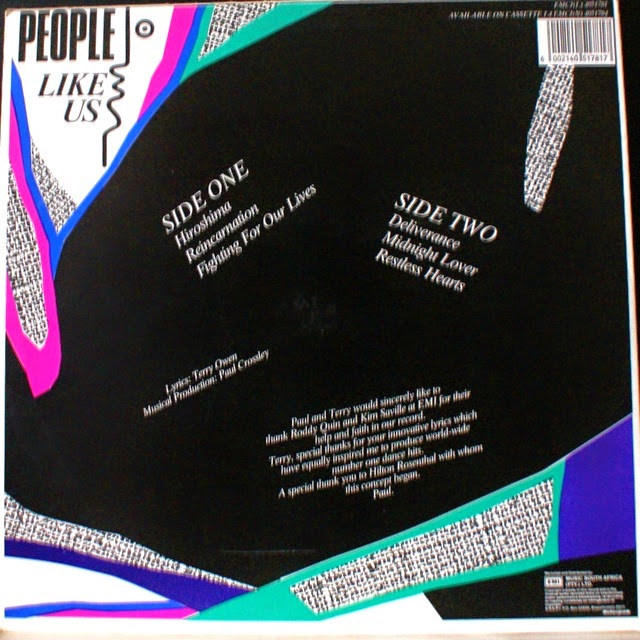