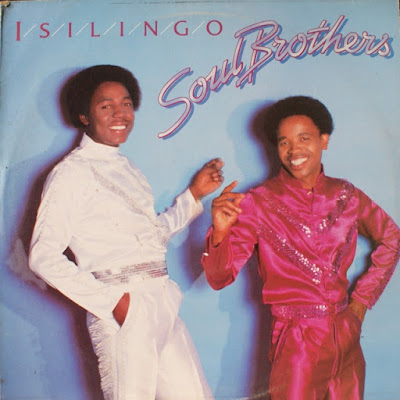 Formed in KwaZulu-Natal in the mid-1970s, the Soul Brothers have remained the most successful proponents of the mbaqanga sound that has long dominated South African urban music. By the mid-1980s, they had established themselves as one of the biggest groups in the country, which they remained for the next three decades. Led my vocalist David Masondo and 'Black' Moses Ngwenya on keyboard and organ, the rest of the group at the time consisted of Skhumbuzo Mabaso (lead guitar), Sicelo Ndlela (bass), Bongani Nxele (drums) and Michael Magubane and Thomas Phale on horns. Featured guests were Brian Tyeke (keys), Johnny Chonco (guitar) and Makhaya (percussion).

According to the liner note on Isilingo (temptation), "The Soul Brothers have consistently been the most successful recording group in South Africa. Yet, despite their enormous success, each new album that they release is a vast improvement on their previous effort. 'Isilingo' is an album that has been blessed by outstanding creativity and originality." 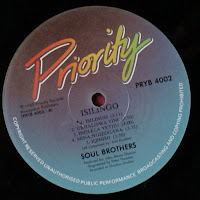 Though their sound was still at its best, the release was tinged with sadness, coming after the death of their original bassist Zenzele 'Zakes' Mchunu the year before. "The album is dedicated by The Soul Brothers to the loving memory of the late Zenzele Mchunu. In spite of this tragedy The Soul Brothers' music will live on and still reach greater heights."


These words hopefully still ring true today, after frontman Masondo passed away on 5 July 2015. At the time of his death, the Soul Brothers were recording their 39th album, which includes collaborations with Ladysmith Black Mambazo, Steve Kekana and Ihashi Elimhlophe. The group's other founding members, guitarist Tuza Mthethwa passed away in 1979 and Themba American Zulu in 1988. 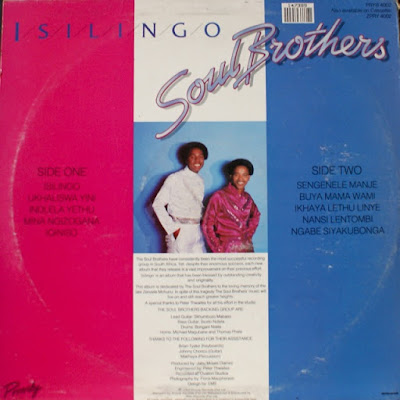