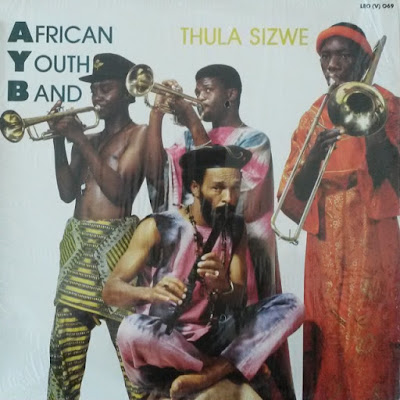 By the late 1980s Blondie Makhene had done it all as a solo artist, bandleader and producer. As musicians were drawn increasingly into the struggle against apartheid, his African Youth Band recorded recognisable 'struggle songs' as synth-powered instrumentals to avoid censorship. They released Nkosi Yami (1987) and Vuka (1988). 1989's Thula Sizwe is dedicated to "The men and women on the morning and afternoon trains to and from work. Keep shaking those coaches with dance and song." Following 1990's Woya Moya, the band evolved into Amaqabane, enjoying massive sales into the 90s and reuniting in recent years. 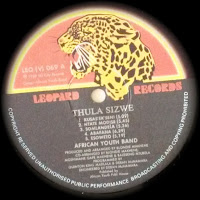 "Though some of the tracks had very few lyrics, it had heavy political undertones. AYB's other hits include 'Ntate Modise', a track that almost became the unofficial national anthem before 'Nkosi Sikelel'iAfrika'. This due to its prominence as a signature tune when the nation was waiting with bated breath on 11 February 1990 as the gates of Victor Verster Prison (now Drakenstein Prison) were thrown wide open for Dr Nelson Rolihlahla Mandela to walk free… The freedom songs challenged the status quo and agitated for a spy transformation" (Mojapelo, 2008:34). 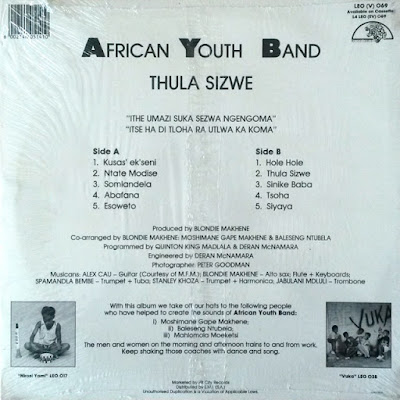 * Mint copies of this album are available for sale here.