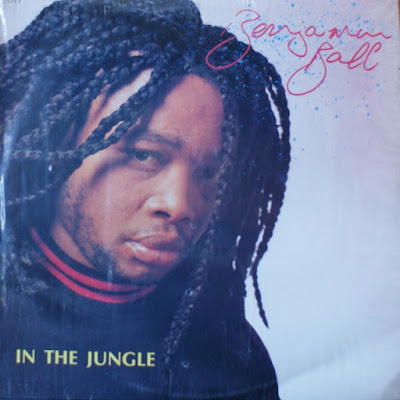 Following the massive success of 'Flash A Flashlight' from his debut solo album Paulina in 1984, Benjamin Ball spent the rest of the 80s and early 90s continuing to fuse disco and reggae, over time focussing more on the latter. On In The Jungle he reunites with Thami Mdluli (aka Professor Rhythm), with whom he started playing 10 years earlier as part of Hot Soul Singers/Sound Busters/CJB family. 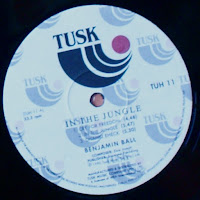 While the title track, 'Danki Eheck' and the downtempo 'Thy Kingdom' show his true colours as a conscious reggae man to rival names like Lucky Dube, the opening track 'Cry For Freedom' offers a funky synth-driven groove (so funky the song gets a dub version on the six-strack album) reminiscent of his early hits but with a political message (at a time when censorship was no longer so severe). 'This Music Got Us' sees BB showing off his rapping skills. Featuring keyboards by one Magic Fingers Dolphy (aka Prince D). Composed under the pseudonym Elsie Joseph. 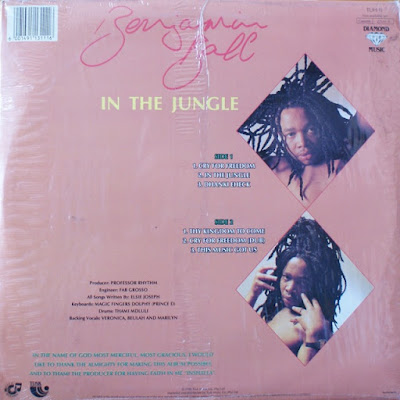