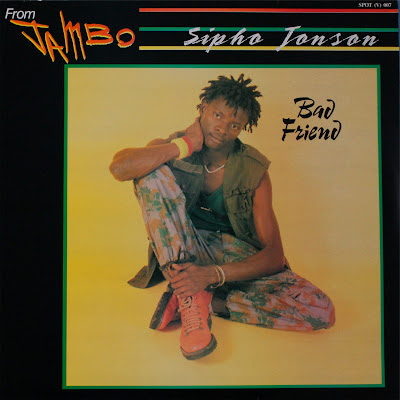 From their roots in the band Izindlovu, Jambo emerged as arguably the biggest selling reggae act in SA after Lucky Dube, with powerful, uplifting vocals, easy skanking and smooth synths.

Their other albums included Prodigal Son (1988), Calling All Children (1991), Give Us Power (1992) and No One (1996). Bad Friend featured lead vocalist Sipho Mdletshe aka Sipho Jonson. He later went solo and released the album Unborn Child, using the name Sipho Johnson Jambo. (Mojapelo 2008:162) 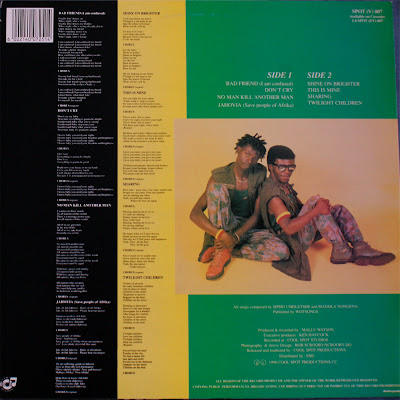 Highlights include 'No Man Kill Another Man' - a call to end the violence erupting in KZN and around Joburg between the IFP and ANC ahead of the dawn of democracy in '94.

Other tracks are on a more positive note, with gospel-tinged messages of hope like 'Jahovia', 'Don't Cry', and 'Shine on Brighter'.