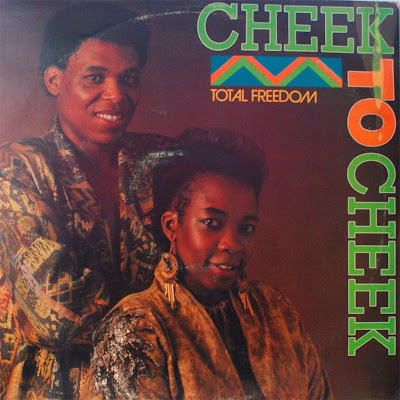 Cheek To Cheek were one of the most popular bubblegum acts of their day. Though arguably past their prime by the time they put out the gospel-tinged Total Freedom, the album still has catchy numbers that show off the superior skills of Dougmore Malotana (keys) and Phumi Maduna (vocals) on tracks like 'Champion', 'Never Give Up' and the title track:

"Everybody, it's never too late to learn. Everybody shall share.
Every day and night we are hoping our dreams will come true one day.
All we need is total freedom, just a peace of mind.
We don't want to succumb...
Life is gonna be bright when we share it, and I know we can make it for sure.
We don't want to die, we ain't gonna give up, we wanna reach out." 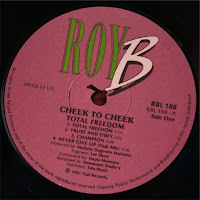 "One of the most powerful duets of the eighties was a hit machine called Cheek To Cheek. Its key members were keyboard magician Dougmore Madoda Malotana and singing sensation Phumi Maduna. Before he met Phumi, Madoda was playing for Johnny Clegg and Sipho Mchunu's might crossover band Juluka." (Mojapelo 2008:120)

Dougmore is the brother of Desmond Malotana, the keyboardist in Brenda's backing back, the Big Dudes. Phumi and Brenda were also close friends. Though Cheek To Cheek aren't as well-known today, at one stage they were seen as Brenda & The Big Dudes' closest rivals.

"Their debut album So Good, So Nice was released in 1984 on CCP's Bullet label. It was produced by Mally Watson and all the tracks were written by Madoda. They played almost the same music as that of Brenda and The Big Dudes, but with a dominating and stinging keyboard. Their albums were One More Try (1985) and Can't Buy Love (1986). (Mojapelo 2008:120) 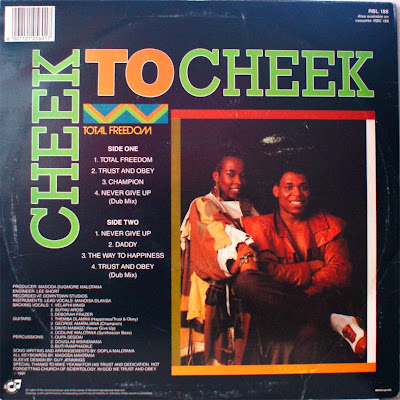