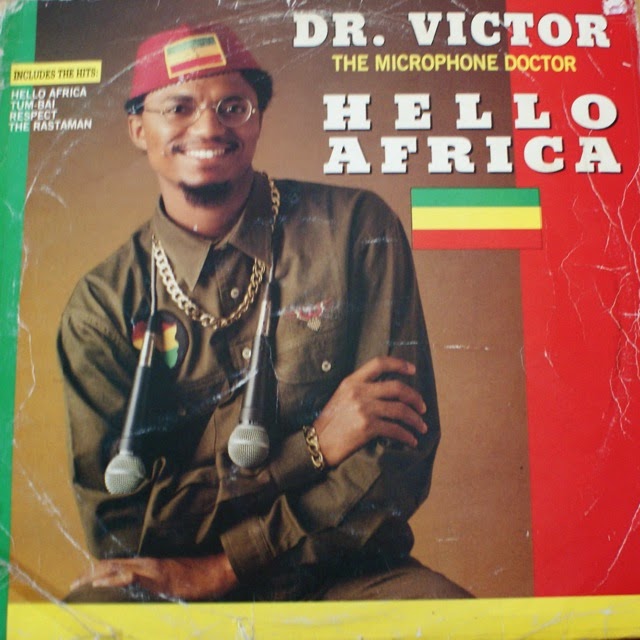 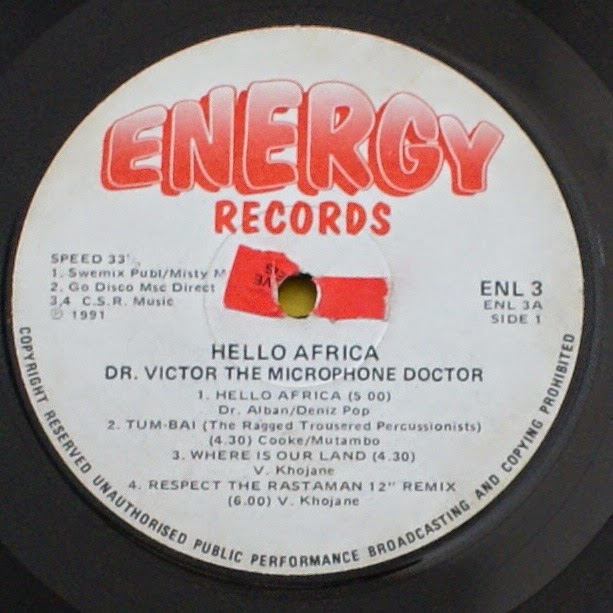 Victor Khojane first emerged came from Kimberley to Joburg in the early 80 with his band CC Beat. Later renamed Taxi, they served as the in-house band for the Dephon stable and also released a string of synth-fuelled bubblegum albums. In the 90s he teamed up with teamed up with nightclub owner Chris Ghelakis, one of the pioneers of the new school sound that bridged bubblegum and kwaito. He also got into reggae, at first recording covers such as Eddie Grant's 'Give Me Hope Jo'Anna' and dubbing himself 'The Microphone Doctor'. Here he covers Dr Alban's 1990 hit 'Hello Africa', a song they they re-recorded together in 2010. Featuring keyboards and programming by Marvin Moses, with backing vocals by the Syndicate Sisters. Dr Victor & The Rasta Rebels were one the biggest names of the 90s, opening for touring acts like Tina Turner, Janet Jackson and Gloria Estefan. 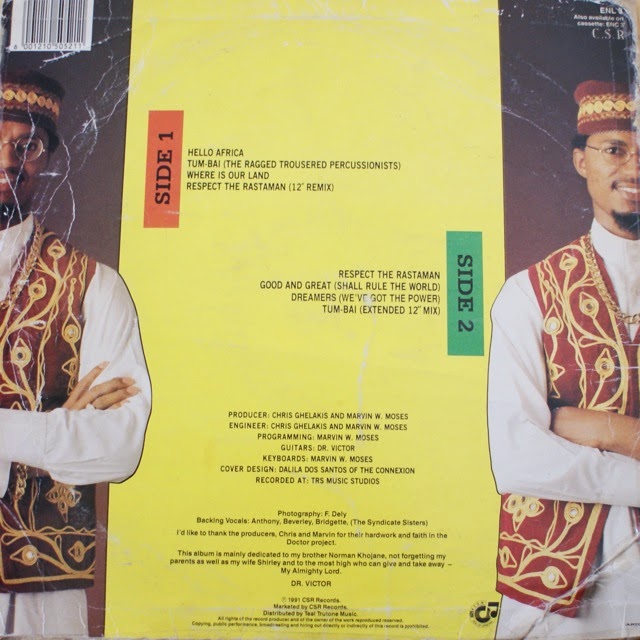