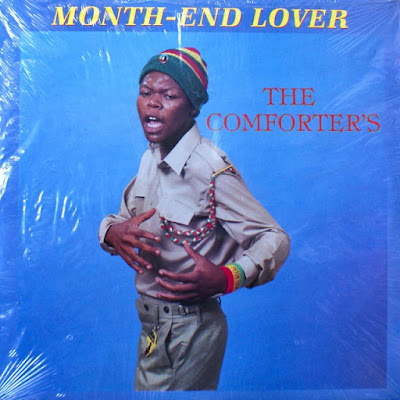 Colbert Mukwevho grew up in the rhythm section of family band Thrilling Artists. At 21 he was fronting his own group, The Comforters, and found fame with this their breakthrough album. Echoing the lyrical sentiment of 'Weekend Special' (and not to be confused with Vibe Talk's 'Weekend Lover'), 'Month-End Lover' is classic uptempo bubblegum. Even catchier is 'These Arms of Love'. The album's two other tracks, 'Immortal Words' and 'Fairweather Lover' head deeper into synth-heavy roots reggae, not unlike Lucky Dube's early reggae albums from the same time, with Mukwhevo's soulful voice at its best on the downtempo tracks. 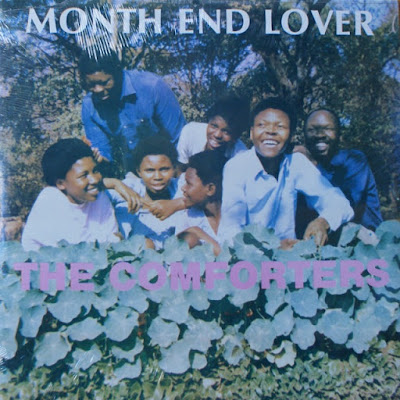 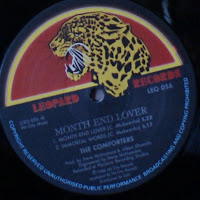 A revered figure in Venda/Limpopo, Mukwevho soon became a bonafied reggae star fronting Harley and the Rasta Family. Today's he still going strong as a solo act, continuing to tour the country and release new albums (for more details check out his website). 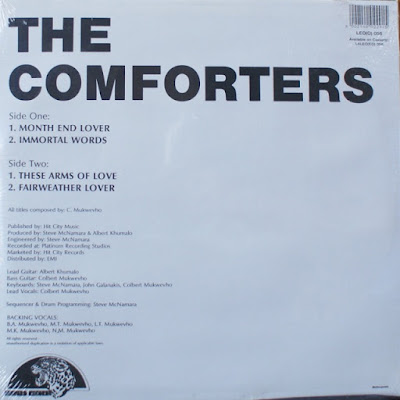 * Mint copies of this album (both covers) are available for sale here while stocks last.