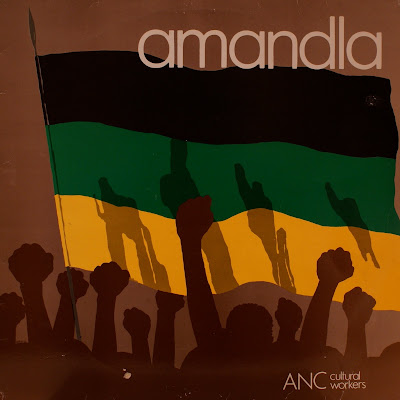 While the exploits of the ANC’s military wing Umkhonto we Sizwe are reasonably well documented, far less so are those of its cultural wing, Amandla, which, during the 1980s, under the able leadership of Jonas Gwanga and others, took the struggle to the rest of the world, releasing records as far afield as Russia and Scandinavia.

This album, funded by the Swedish Labour Movement Record Company and recorded at Radio Luanda and Radio Zambia Studios, features a variety of SA music: choirs (“Umkhonto”), instrumentals (Skhulu Khumalo’s  “S’khulu Special”), poetry, a gumboot dance, and more upbeat numbers such as Esther Conco’s “Siyalila” (We are Crying), “Kulonyaka – this year of dedication” by Mike Semelele and “Vukani Mawethu“ by Lizwe Nene. These songs, according to the album notes, all serve to express “the joys and woes, despair and hope of the oppressed majority of the South African people. What is more, it is filled with determined optimism and confidence in the triumph of the struggle.”

The notes, written by Francis Meli, Amandla’s Director of Publicity, explain apartheid oppression to Swedish audiences and justify the armed struggle, as “organized, disciplined and well prepared resistance by the people,” rather than “'reckless' acts of ‘terrorism’....If there is anybody who does not believe this: let him listen to this record.” 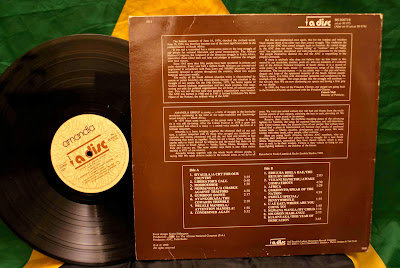