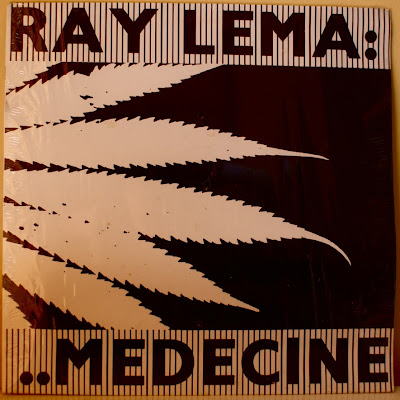 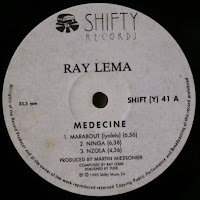 Born in Zaire (now D.R.Congo) in 1946, Ray Lema proved at a young age to be a gifted pianist and guitarist. He worked as an ethnomusicologist, and in the mid-70s was commissioned by the Zairean government to assemble a National Ballet for Zaire. In 1979 Ray received a grant from the Rockefeller Foundation to travel and perform in USA. There he recorded his first album, Koteja. Two years later he moved to Europe, staying in Belgium and France. In France he formed the band Carma and started a record label, Celluloid with his album Kinshasa-Washington DC-Paris in 1983. Medecine followed in 1985. Since then, he has travelled the world, working with musicians from Ivory Coast, Cape Verde, Cameroon, Morocco and Europe. In 1989, the Mahotella Queens featured on the track 'Kamulang' on the Nangadeef album.

Medecine draws on traditional central African music and translates it into  reggae-tinged electronic funk for your Nintendo.  He strikes the perfect balance between traditional and electronic, African and western. Every song is a gem, none more so that the 7-minute 'Bored Whore'. Lema handles vocals, guitar, percussion and keyboards on the album, while the electronics were programmed by Martyn Philips and Martin Meissonnier. Legendary Afrobeat drummer Tony Allen lays down the groove on 'Marabout' and 'Peuple Eyo'.

Progressive South African label Shifty re-released the album in 1990. I picked it up from a vinyl trader in Johannesburg. Under the plastic sleeve were a few crumbs of 'medicine'. 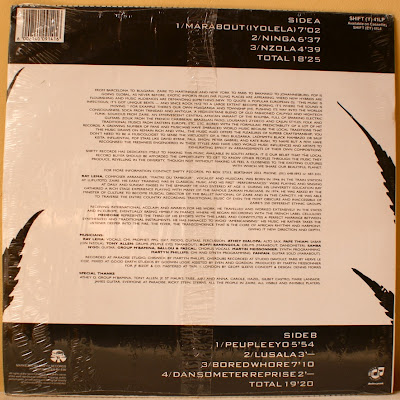