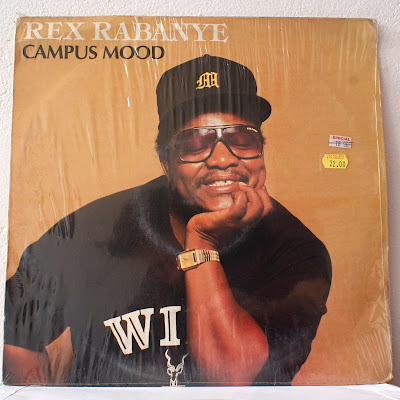 Great instrumental album from keyboard legend Rex Rabanye, a key influence on Black Moses of the Soul Brothers and a generation of imitators. Cover art has Rex kitted out in a t-shirt from Wits University. 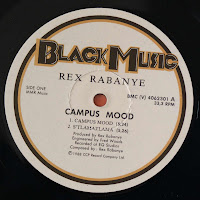 "To the south west of Johannesburg, Ikageng in Potchefstroom produced a hot soul band called the Teenage Lovers. Its hot property was Rex Rabanye, the keyboard wizard who was Ikageng's response to Alexandra's Sankie Chounyane. He had learned to play the keyboards from his father, Samuel Rabanye at the age of fifteen. His bee-hive organ sound earned him millions of fans around the country.....

After going solo, "Rex Rabanye hit the country with dynamites like 'O Nketsang' and 'Moya Moya'... Some of the multi-talented Rex's painting can be seen on the walls of the African Methodist Church in Ikageng. By the late 80s the lawman who hold a B.Uris degree had moved from his place of birth to Mmabatho near Mafikeng, from where he relaunched his musical career. His other albums include Somlandela, Campus Mood and Stop Nonsons.

"It is just so sad that such a gifted individual could be failed by his health to a point of losing his hearing. I was almost moved to tears the evening SAMA 12 honoured him with a Lifetime Achievement award. There he was on a wheelchair recieving the award he so much deserved after inspiring a whole generation of keyboardists. That reminded me of the night Curtis Mayfield was honoured in the same manner at the Grammy Awards. Touching moments! I stood up in front of my television set and applauded. 'Long live soulman! Go soulman go!' I screamed. Luckily I was alone in the house and did not have to explain myself to anyone..." (Mojapelo, 2008: 47-48) 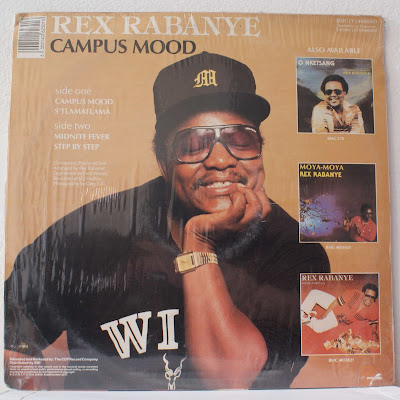