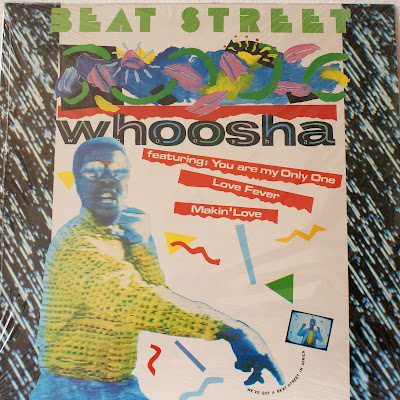 Frustratingly dateless yet appropriately timeless blend of bubblegum and early house, produced and arranged by Allistair Coakley of Hotline. Whoosha also released the album Mosquito in 1987. Lyrics on the four-track album are typically escapist, like on the title track:

"Beat Street girl, take me out tonight
I've been waiting for you out there, to take me out . . .
You tell me that you love me, cos I can see the love in your eyes
Everybody's going downtown, they are going for a groove . . .
Ayeye - we've got a Beat Street in Africa
There's a beat street in Soweto!" 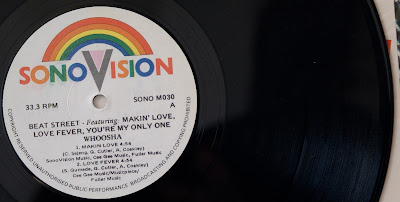 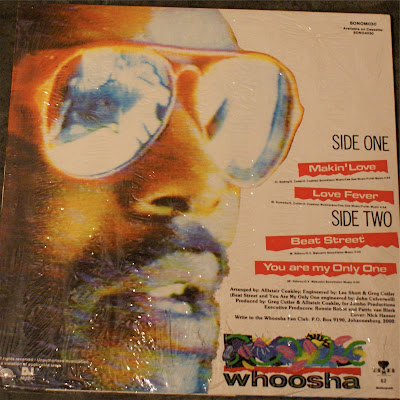