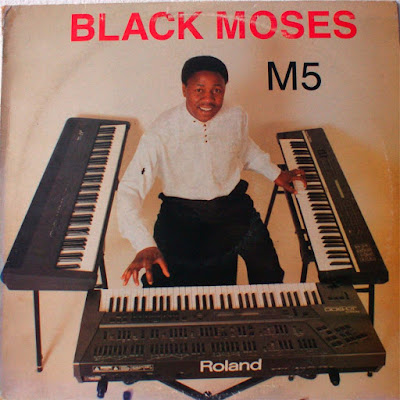 Moses Ngwenya started with Soweto soul group The Crocodiles before joining the Soul Brothers in 1976. There he made a name for himself as arguably the most talented keyboard player in the land. Along the way he dropped solo albums every few years, starting with M1 and most recently M10 in mid-2011. 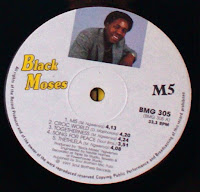 On M5 he lets his imagination run wild and his fingers do the talking. The 10 instrumental tracks on this album all consist of layers of synths and rudimentary drum programming. They draw influence from bubblegum and MJ's 'Bad' ('Croc World' ) to mbaqanga ('Togetherness') and classical orchestrations on 'Thethela' and 'Freedom Song', a fired up version of the soon-to-be national anthem 'Nkosi Sikelel' iAfrika'.

Check out this video of him in action alongside David Masondo in the mighty Soul Brothers: 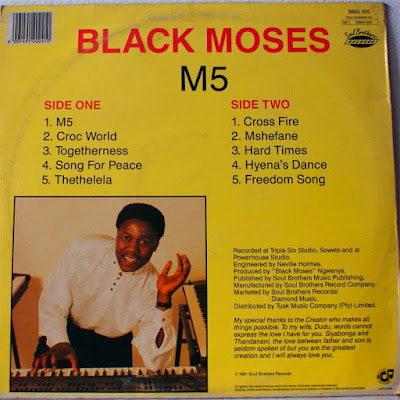