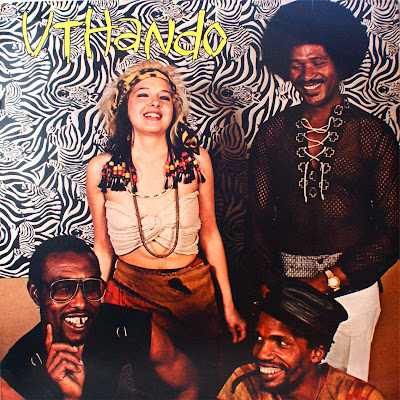 Synth-pop featuring unknown musicians and mystery mlungu frontwoman. Afrocentric but with a too-slick international flavour, like it was made with that audience in mind. B-side 'Muti Man' is on a similar outsider-looking-in tip, with lyrics like 'Oh sangoma, throw your bones tonight'. 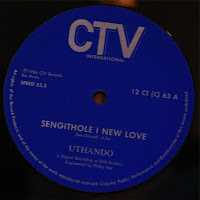 Produced by Tom Mkhize, who a few years earlier had teamed up with Glen Storm to release the early crossover album Roots (Izimpande) under the name of African Image, a similar "studio group ... producing a laid-back, emotional blend of ethnic African rhythms and jazz" (Chilvers & Jasiukowicz, 1994:1). That album was somehow picked up by US-based avant garde jazz label Gramavision Records and re-released in the US in 1984 with a different cover. Mkhize also worked with Neville Nash and Sibusiso Mbatha (of Abangani). 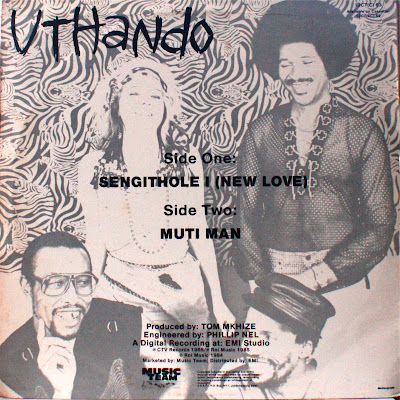