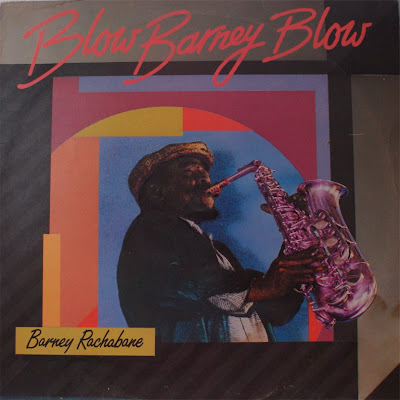 Nine-track, mostly instrumental album recorded in the UK and released internationally. It's jazz-funk full of slick mid-80s studio FX not often seen from SA artists, similar to producer/composer Hugh Masekela's own albums from the same era, eg Techno-Bush. Featuring Bra Hugh and Sankomota's Tsepo Tshola among others. Titles like 'Streets Of New York' and a cover of Billy Ocean's 'Caribbean Queen' hint at the international flavour, while 'Pretoria' and 'Table Mountain' bring it back home. 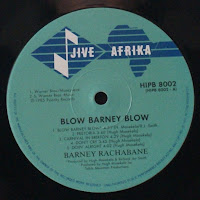 "Saxophonist Barney Rachabane was born in Alexandra Township. His early performances were mainly with the late master drummer, Early Mabuza. He has worked with most of our great musicians like Abdullah Ibrahim and Hugh Masekela. Some of the major projects he was involved in include Hugh Masekela's recording in Botswana, the historic Cultural Resistance Festival, Caiphus Semenya's musical Buwa, the Info Song as well as Paul Simon's Born At The Right Time tour. He worked bands like Afrozania and Afro Cool Concept. Barney also did collaborations with Bruce Cassidy including the album Conversations. Some of the albums credited to him are Blow Barney Blow (1985), Barney's Way (1989), Afro Cool Concept in New Orleans (1990), Roots and Special Mama. Rachabane is so much in demand as a jazz musician that any major project is unthinkable without him. An example of that was his hand in Victor Ntoni's Mzansi Sings A Tribute To OR Tambo" (Mojapelo, 2008:256). 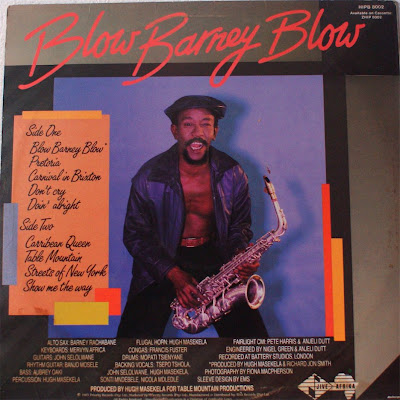