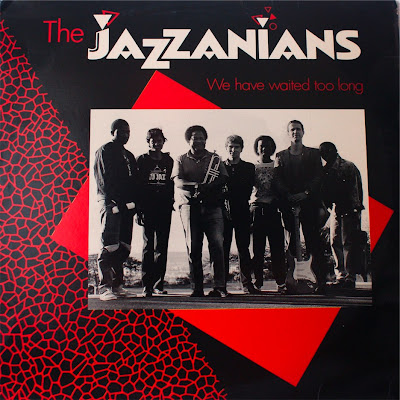 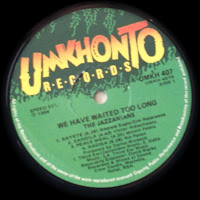 "The Jazzanians are the first nationally recognised band to emerge from the first university jazz course in South Africa (University of Natal, Durban). They were the first South Africans to perform at the prestigious National Association of Jazz Educators annual conference in Detroit (January '88) and during their trip to the US made their first TV appearances on NBC and CBS.  Six originals and a tribute to Johnny's late mentor, Victor Ndlazilwana of The Jazz Ministers, suggest a rainbow of urban sounds from soul to marabi and of course the kind of jazz that says 'made in RSA'." More about them here. 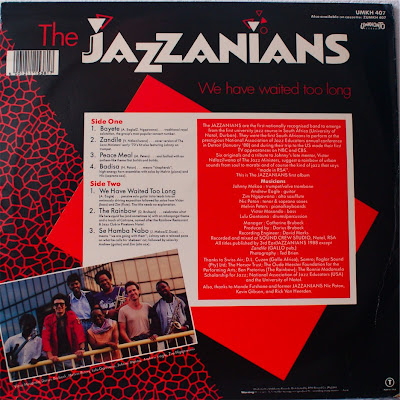