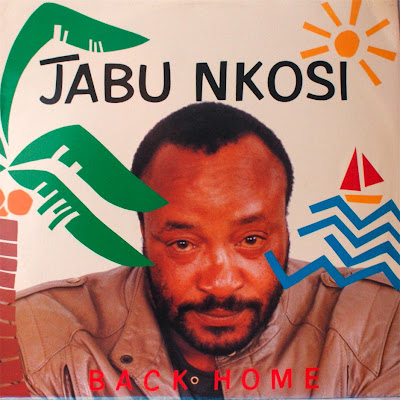 "Jabu Nkosi, son of the late and great Zakes 'Mr Kwela and Marabi Jazz' Nkosi grew up living and breathing the sweet, soulful music of his late father and other unforgettable musicians of decades past. Jabu was also part of one of the most famous bands of the seventies, The Drive, under the late David Thekwane's firm management. He has also rubbed shoulders with the likes of contemporary musicians such as Caiphus Semenya, Hugh Masekela and Letta Mbuli. This album features a re-working of the hit 'Skatana' (sung here by Nana), previously recorded with 'Mr Soul' Lucky Mbatha and the album has been strongly influenced by Jabu's work with The Drive and others. This is Southern African jazz at its finest! Enjoy the heart of Africa." 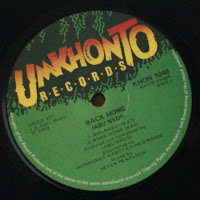 Featuring Nkosi on keyboards and percussion, as well as Haby Tswaedi (bass) and Madoda Mathunjwa (drums). Backing vocals by Ringo Madlingozi, Percy Kunene and Haby Tswaedi. 'Bhungezi' draws on the heavy synth-maskandi of Juluka, while 'Flybird'  takes classic Sophiatown jazz and throws evil synths and funk fills into the mix.

Jabu also played in Sipho Gumede's band Peace and the reformed Sakhile. Other solo albums include Remembering Bra Zacks (1997). He passed away in 1999 (read The Guardian's obituary here). Skip to 4.05 of this video (or sit through Bra's Hugh's smoking live version of 'Ashiko') to check this keyboard king in action . . . 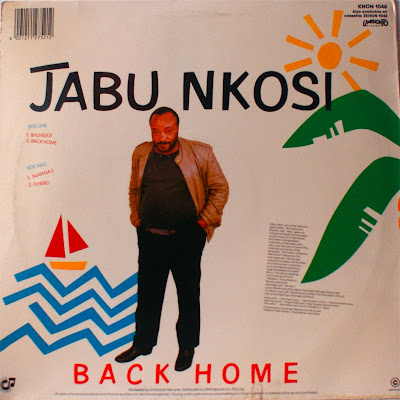