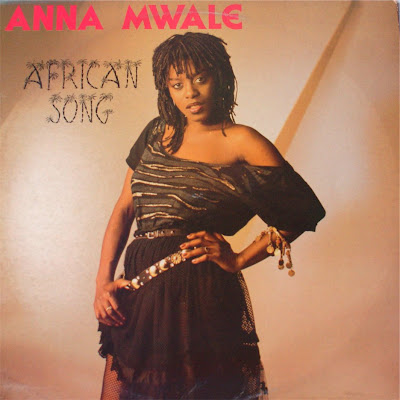 One of Zambia's most famous music exports, Anna Mwale left the country in the 80s and has spent most of her time since then in Germany and the UK, performing and releasing all over the world. 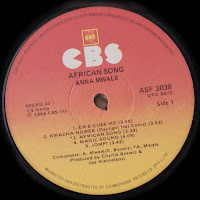 African Song was her breakthrough and biggest album, with east and southern African vibes made more palatable for European audiences by slick synths, funky basslines and some Caribbean influences. At worst cheesy and overproduced, but with solid tracks like 'Kabuku Langa', 'Magic Sound' and a fun cover of the old classic 'Pata Pata', written by Dorothy Masuka and made famous by Miriam Makeba.

In an interview in 2009 with the Zambian Post, she tells of how 'Excuse Me' became an overnight hit in Spain and later east Africa, and how she lost most of her earnings in later years. More recently reports emerged of her being sent to hospital in Lusaka after being questioned by cops over the theft of 3000 chickens.

Check out this spandex-stricken video to one of her hits not on this album, 'I Can't Get Your Love'. Classic dance moves. 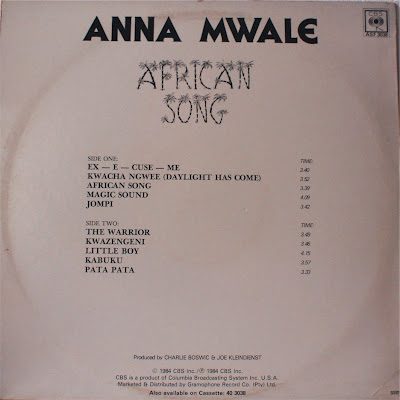