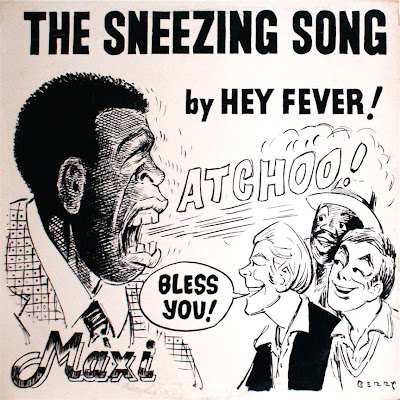 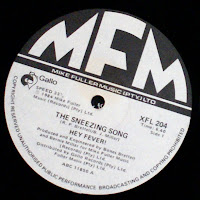 Super-catchy novelty hit that helped lay the sound for many bubblegum songs to come. It made it overseas, for example to Germany, marketed as Italo-Disco. B-side contains a dub 'Sing-it-yourself' version.

"Bones Brettell (already famous as keyboard played for supergroup Hotline and hitmaking record producer) and Bernie Millar (already famous for being Bones' buddy) decided that in the light of the current flu epidemic, sneezers of the world should have some kind of VIRAL ANTHEM!

"The discerning record collector will notice that the beat has not only an infectious dancing rhythm, but is specifically designed for those who prefer to boogie in the horizontal position, while afflicted by infections of another nature." 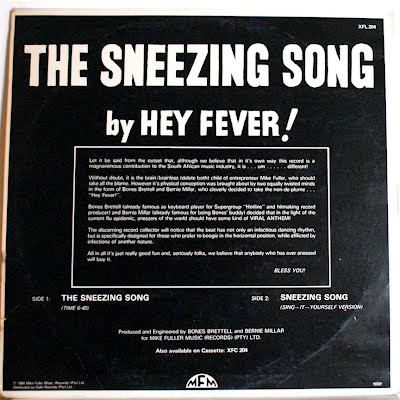