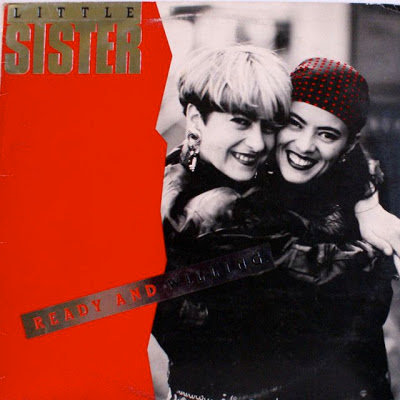 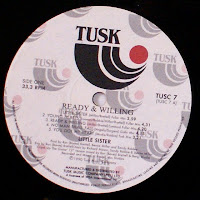 Lonmon sisters Debbi and Jenni formed Little Sister in 1989. Years earlier, in 1980, Debbi had played lead guitar in an all-girl rock band in Durban called Pantha with Penelope Jane Dunlop, later to become famous as PJ Powers from Hotline. The AOR ballads  may be a far cry from Afro-pop of the day, even though this album has the same production team (Brettell and Millar) behind some of the biggest bubblegum acts, like Mr Chacklas and Casino. 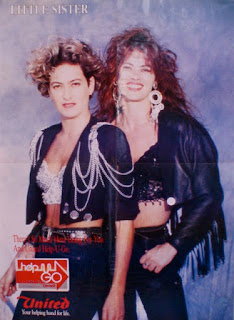 Winners of numerous awards, Little Sister toured all over Southern Africa, appeared on numerous TV shows and supported touring international acts in the early 90s such as Bryan Adams, Indecent Obsession and UB40. In 1993 they travelled to the Far East to promote the release of Along The Way. They also played at Nelson Mandela's inauguration in 1994. All in all they put out five albums, beginning with Ready and Willing, with featured their biggest hit "Dear Abbie" (more at  rock.co.za). 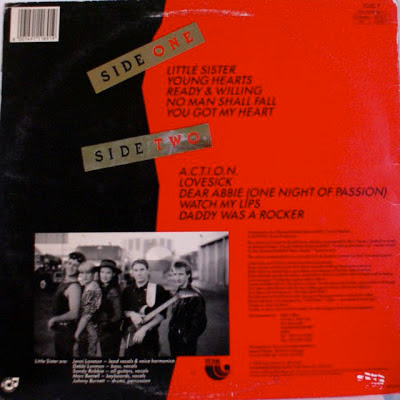