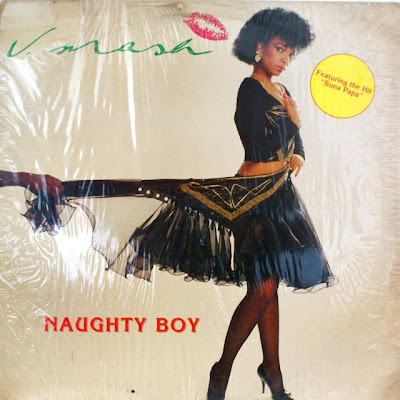 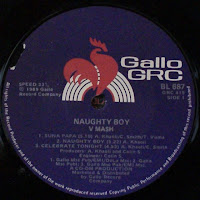 "Vinolia Mashego who became known as V-Mash will always be remembered as the tigress of SABC televisions's youth programme, Jam Alley. But when "Om" Alec Khaoli met her he saw a music performer with massive potential" (Mojapelo 2008:108). With party tracks like the hit 'Suna Papa', 'Celebrate Tonite' and 'Don't Touch', Naughty Boy was the starlet's second album, after The Hunger (1988) and before Cheena in 1991. It features cameos from influential producer Tom Vuma (guitar) and Om's former Harari compadre Funky Masike (vocals). 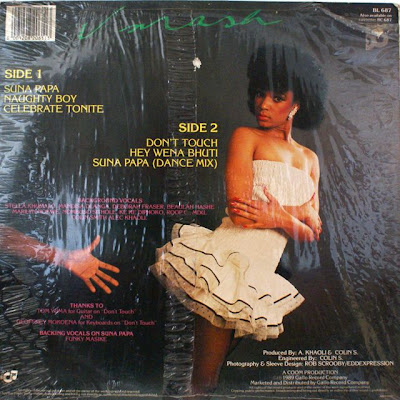