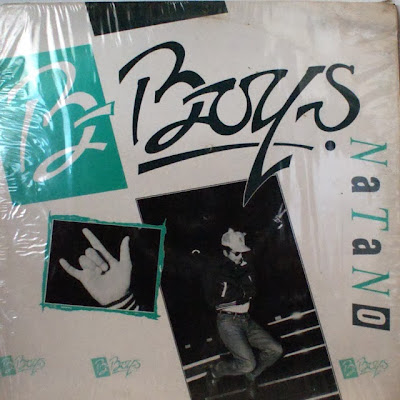 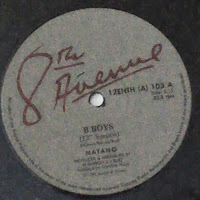 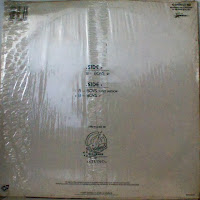 Oldskool hip-hop from Natano Braché, who rose to fame as a DJ in clubs in and around Cape Town and went on to host weekend shows on Good Hope FM as DJ Natdog. According to Afrikaans newspaper Die Burger on 16 November 1990: "Natano, the DJ from the Fame nightclub in Elsies River, recently made his debut as a musician with the release of a rap maxi single, B-Boys. This album is the first recorded by the Rockets at their studio in Elsies River to be released. According to Selwyn Rhoda, who was involved in the studio with the Rockets, the album is inspired by all the B-Boys (that's the rappers and dancers in the hip-hop movement) in the Cape. Selwyn explains that Natano played the album in the Fame for a month and that the dancers reacted very well to it. 'There is a big interest in the record. B-Boys is doing well in Johannesburg, although it is more aimed at the Cape market. The radio stations like Radio 5, Radio Good Hope and Radio 702 have played it and they are impressed by the record.' ... Selwyn says in the studio they concentrated on no letting Natano's accent sound 'too international'. They also plan to release B-Boys overseas. According to Selwyn B-Boys has a sound that will grab the listener immediately because it has a totally international flavour. It was recorded in the studio with the latest computer technology. Natano started spinning records two years ago at the Fame, and after that he played at the Galaxy and Thriller. After that he returned to the Fame."