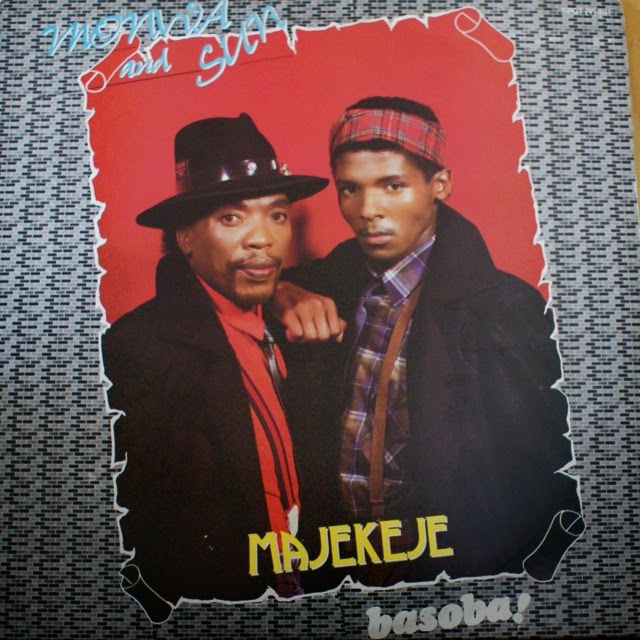 Landmark debut album that established new independent label Cool Spot as a force to be reckoned with and helped carve the new post-bubbegum pantsula sound. 'Orlando Hangover' remains much loved today, even before the wildly popular 2012 remake by DJ Vetkuk vs Mahoota ft Dr Malinga, 'Via Orlando', which failed to credit the Yekani as the source, raising the ire of many (more here). 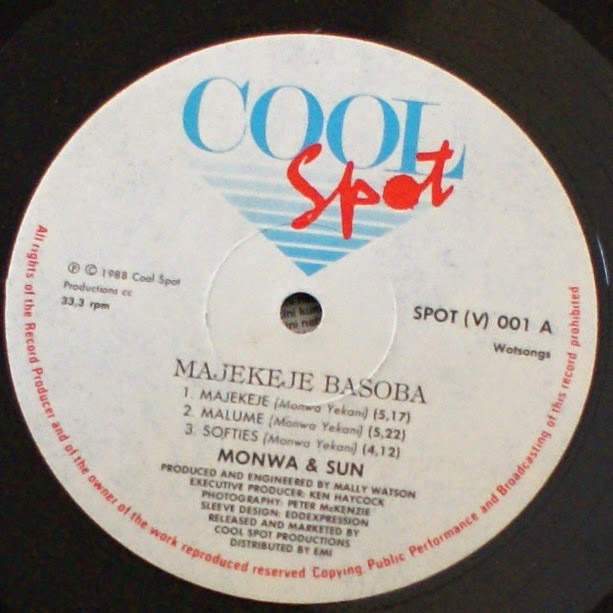 "The Monwa and Sun duo was formed when Monwabisi Dennis Yekani met Poth Nkotsoe....Monwabisi has been in music for a some time already and with the younger Poth they made a formiddable team that released their debut album Majekejeke on the Cool Spot label" (Mojapelo, 2008:168). The duo followed this up with Tigers Don't Cry before embarking on solo careers. 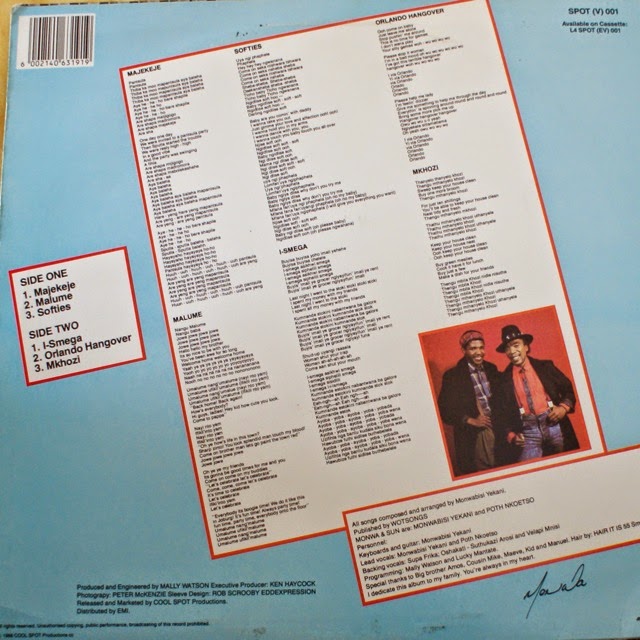