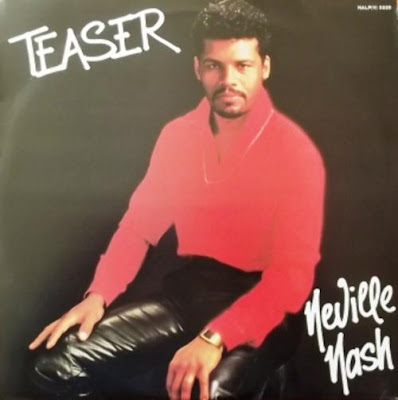 Nash was one of the funkiest guys on the scene since the late 70s, years before the rise of bubblegum. Following softer soul/disco albums like 1980's Kind Hearted Man, his 1981 eponymously titled effort and 1982's Diamonds & Pearls and Solid Gold, he trimmed the Afro, grew the 'tache and turned up the synths for arguably his finest album, 1984's Teaser. Tracks include 'Perfect Love', 'Love On the Edge of Night', 'Break Down'. and 'One of Those Nights', which Nash famously performed live at the historic Concert in the Park in Johannesburg in 1985.

One of the pioneers of 'crossover' music, Nash defied apartheid to work with a variety of black, white and coloured musicians on the album. Players include Stimela's Lloyd Lelosa (synths), Isaac Mtshali (drums) and Ntokozo Zungu (guitar), Al Etto and Cecil Mitch on backing vox, Mac Mathunjwa on Fender Rhodes and synths, as well as Mike Faure on sax. Programming by Adrian Strydom, who owned the only Fairlight in the country at the time. The album was followed by the single What's Your Name? What's Your Number? (1985) and Why? (1986). 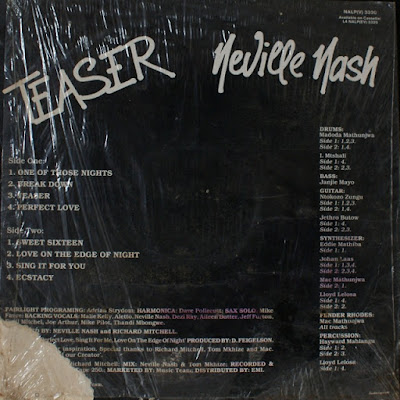