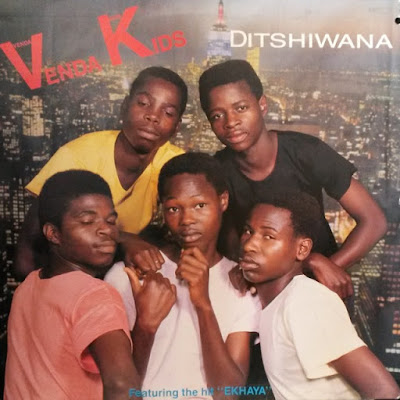 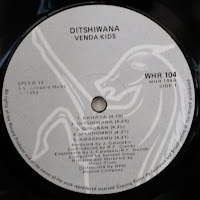 The Venda Kids were a big-selling boy band synonymous for most of their career with the Hit City stable under the stewardship of producer John Galanakis. The band consisted of the Singo brothers Ntango, Mahana and Ndivha, along with various friends. They released popular albums like Wake-Up (1985) and The Lord is My Shepherd (1986). For 1989’s Rambo they trimmed their name to simply The V Kids, but reverted to the full name for 1992’s Ditshiwana. By this time the kids were growing up, and thankfully this album no longer has their characteristic unbroken voices, making it arguably their finest effort. 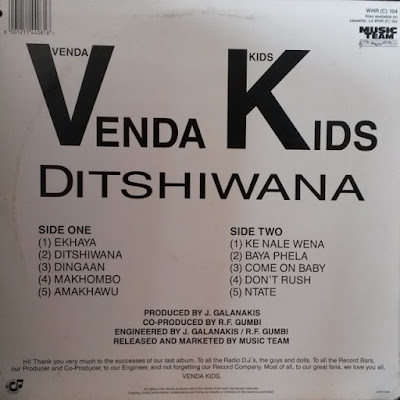