SOUTH African music has undoubtedly been blessed with many fine female voices, too numerous to list here. During the 1980s a new generation emerged. For many fans of that era’s music, one voice stands out above the rest: Ntombi Ndaba.

Eleanor Ntombikayise Ndaba was born on 28 February 1958 in Vryheid (Afrikaans for ‘Freedom’), in the Zululand region north of Durban. In the early 1960s her family was forced to relocate to the newly built township of eMondlo a few kilometres away, along with millions of other South Africans living under the notorious system of enforced segregation known as apartheid.

Ntombikayise (isiZulu for ‘Daddy’s girl) grew up in a close-knit family. Her father worked as a driver for a local furniture company, her mother as a domestic worker for a family in town. As a young girl Ntombi would sit glued to her radio, taking it all in. The first record she bought was ‘Ngiyabuza’ by Letta Mbulu, one of her biggest influences.

As a teenager she started singing for a local band in eMondlo called Shame. Hooked, she decided to follow her dream and make the journey, like so many others, to the City of Gold: Johannesburg.

“I’ve always known I’d be a singer,” she remembers. “I was singing in church and in school. I wasn’t shy at all. I’m not shy, I’m an outspoken person. I don’t get nervous when I sing, I just feel free, and happy.”

In Joburg young Ntombi auditioned successfully to join the cast of Gibson Kente, the famous “father of township theatre”, in a production titled Hungry Spoon. In the same cast were two other young singers who were soon to become major stars of the ‘bubblegum’ era: Phumi Maduna (of Cheek To Cheek) and Brenda Fassie. 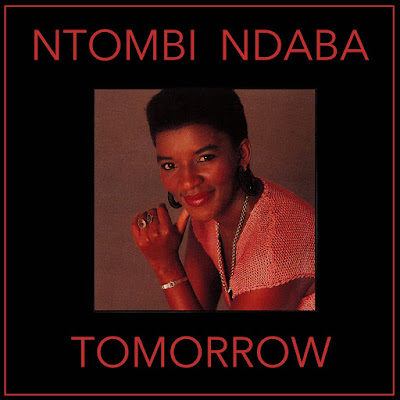 During breaks from Hungry Spoon’s schedule, Ntombi would return home to eMondlo, where she soon drew the attention of local entrepreneur A.T. Khoza, known to one and all as ‘Rubber’. So impressed was the wealthy businessman that he offered to put a band together for Ntombi, including paying for all the instruments they would require.

“When I was with Hungry Spoon, we were moving around all over South Africa,” says Ntombi. “When I went home for holidays, thinking that I’ll come back again to Gibson Kente, that’s when Rubber suggested that he buys me the whole set of instruments. We came here to Johannesburg, to Gallo Studios [situated downtown on the corner of Kerk and Goud Streets], and collected the guys. Musicians were sitting outside waiting for jobs.”

Ntombi and Rubber made their pick: keyboardists Jerry Dube and Bheki Zulu, Bongani Sithole on bass, Enock Nkosi on drums. Hailing from various parts of the country, they drove around collecting their belongings before heading back to eMondlo. “That’s when we started to rehearse together. Rubber gave us a big house behind one of his businesses and we rehearsed there. That’s when the Survival was formed.” 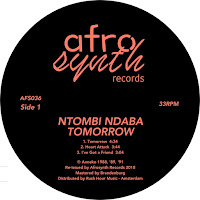 Meanwhile, Ntombi and Rubber’s relationship soon flourished. “As a businessman he used to hire these guys I was singing with and ask them to do some shows for him. I happened to be there. And then we just fell in love…”

The band’s first opportunity to record came when a contact at the South African Broadcasting Corporation (SABC) in Durban put them in touch with Clive Riskowitz (aka Clive Risko), a successful producer who ran his own label, Reamusic. In 1985 Ntombi & Survival released their first two singles, including her breakthrough hit ‘Think More About Me’, a 10-minute ballad that established Ntombi as a star in the making, as well as a talented lyricist and songwriter.

“I never had any awards; the only thing I knew was how my fans reacted when I performed that song. They couldn’t stop asking for encore, again and again! People watched in amazement, some of them couldn’t believe I had that energy. They were so excited.”

The following year Ntombi & Survival’s star continued to rise with the release of the albums I Am Trying and Dance The Night Away.

By 1987 the group had left Reamusic and signed to one of the biggest labels of the day, EMI’s CCP Records, also home to Brenda Fassie and her backing back The Big Dudes. At EMI Ntombi & Survival released two more albums in 1987, Sweet Love and What Is It With Me (Yini Ngami). As usual, songwriting credits went to Ntombi while Khoza was credited as the producer and arranger, although the band played an important role in crafting the songs, particularly Dube. 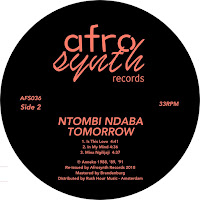 In search of more creative freedom and a healthier cut of the profits, Rubber and Ntombi soon parted ways with CCP to set up their own label, Anneko. The establishment of the new label saw the singer going solo and starting to work with a wider group of session musicians, and even branching out to producing other artists.

She released her first album as Ntombi Ndaba in 1988: Mina Ngilijaji (isiZulu for ‘I am the judge’), the title track a powerful affirmation of her independence as an artist and a woman, and another hit with her fans. The same album also included tracks like ‘I’ve Got a Friend’, ‘Do You Trust Amajita’ and a cover of British singer Joan Armatrading's 'Weakness In Me' (originally released in 1981), a nod to one of Ntombi’s favourite international artists.

More solo albums soon followed: Mama Nature in 1989, then Will Power and Why Me in 1991, featuring a new version of her breakthrough hit ‘Think More About Me’.

At their peak, Ntombi and her band would perform up to 20 shows a month in every corner of South Africa. “We were always on the road,” she remembers. “The only memory I have is that, when people love you, they’d usually come to me. Some offered a place to stay, which I didn’t want, but they used to show love. Those are good memories.” 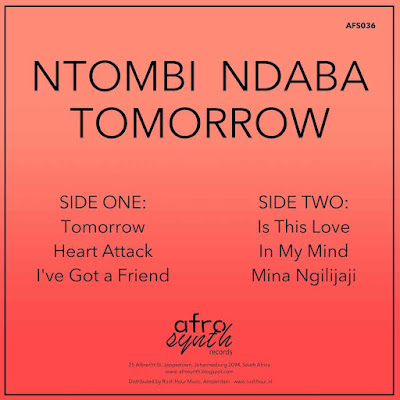 Just as quickly as she rose to fame in 1985, in the early 90s Ntombi disappeared. Following Rubber Khoza’s unexpected death, she sold their house in Soweto and returned to her family home in eMondlo, never to record or perform again. Since then she has been living a quiet life in eMondlo with her mother, far removed from the bright lights of Johannesburg and her former life as one of South Africa’s most loved and talented artists.