MABUTA - Welcome To This World 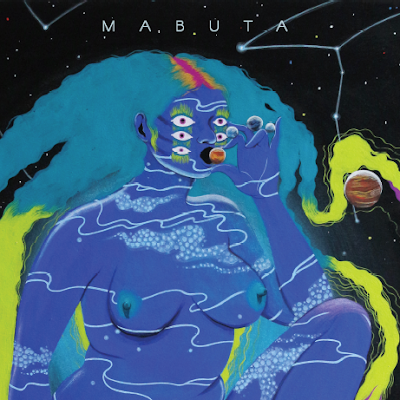 The album is the brainchild of Shane Cooper, a central figure in the new wave of young voices in South Africa’s thriving jazz scene. The bassist, composer and producer from Cape Town has paid his dues as a prolific sideman and award-winning acoustic artist. He is also involved in South Africa’s leftfield electronic scene as Card On Spokes.


In 2017 Cooper wanted to start a new project that would be a platform for him to consolidate ideas from his jazz and electronic pursuits under one umbrella. This project is MABUTA – taking it’s name from the Japanese word for ‘eyelid’, playing on the power of the eyelid as the doorway between the dream world and the real world.


Cooper recruited some of South Africa’s most exciting young artists for the group: Bokani Dyer (piano, Rhodes and synths), Sisonke Xonti (tenor sax), Marlon Witbooi (drums) and Robin Fassie-Kock (trumpet). He then ran a successful crowdfunding campaign to raise the money to record MABUTA’s debut album Welcome To This World.

The resultant sound is deep and dynamic – timeless yet groundbreaking in its originality. MABUTA fuses acoustic and electronic elements on an eight-track album that in years to come will be regarding as a  seminal 21st-century addition on South African’s long and proud jazz tradition. The album also ventures further into other parts of Africa, including Mali (on ‘Bamako Love Song’), Nigeria (‘Log Out Shut Down’) and Ethiopia (‘Tafattala).


The 2xLP vinyl edition of Welcome To This World is released exclusively on Afrosynth Records, the first contemporary release on a label until now associated with bubblegum and kwaito re-issues from the 80s and 90s. It is distributed worldwide by Rush Hour Music in Amsterdam and will be released during the second half of 2018. Order it here. 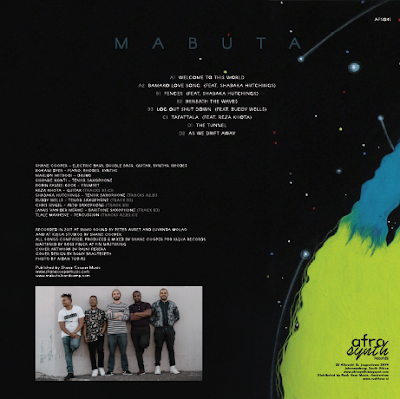 “This debut from MABUTA is a nice example of how doing something a little bit different doesn’t necessarily have to be an obstacle to creating supremely embraceable music.  The sextet’s mix of South African jazz and contemporary electronic music is all kinds of friendly and forges a strong connection, even as it simultaneously creates an environment that sparks an introspective reaction.” – Bird is the Worm

“Shane Cooper and his many incarnations will always offer the freshest air for your lungs, the awakening your mind has been craving and sustenance for your soul. The MABUTA collective has released a mesmerizing album, timeless and challenging all at once. You’ll have this on repeat for a while and return to it often.” - Texx and The City