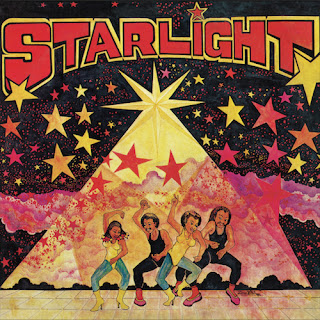 South African production duo of Emil Zoghby and John Galanakis were responsible for a string of high-quality disco singles in the early 80s, typically cover versions of international hits — Klein & MBO’s ‘The Big Apple’, Sly & the Family Stone’s ‘Family Affair’ & David Joseph’s ‘You Can’t Hide (Your Love From Me)’ — backed with their own compositions. When Starlight hit the market with an album in 1983, it featured only one cover, the local hit ‘Picnic’, along with five of the duo’s original compositions, including their similarly styled response, ‘Picnicing’, which replaces the original’s sax with spaced-out synth stabs.

Then there’s ‘Jah Jah Love’, an ecstatic disco sermon of dancefloor dynamite weighing in at over eight and a half minutes.

Other tracks on this landmark album — ‘Let’s Go Dancing (Boogie Boogie)’, ‘Keep On Moving’ and an eponymous instrumental — offer a similar fusion of classic disco with newer Italo and proto-house influences: machine music with a human touch! 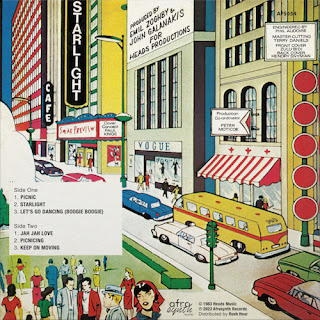 Remastered from the original master tapes and reissued for the first time, Starlight will be available on vinyl and digital platforms from early 2023 (40 years after its initial release) via Afrosynth Records. Pre-order here.