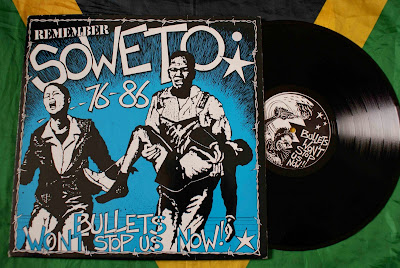 In Holland in 1986, a compilation was put out by music cooperative Stichting De Konkurrent. Using money raised by “several squatted bars in Amsterdam,” music was performed and recorded in a squatted concerthall. Dutch punk bands like Max Gazolin et Ses Pumps (“The Boss Meets Pieter Botha”) and Neuroot (“Alarm”) played alongside more Afrocentric acts like Jah Sabi Family, made up of musicians from Surinam, Morocco and Netherlands, and Lebombo, representing Swaziland, Mozambique, the US and Netherlands. As far away as they were, “everybody who cooperated on this record,” the notes explain, “did so in order to support the armed struggle of Umkhonto we Sizwe, the military wing of the ANC.” 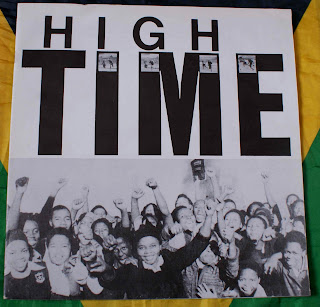 As its name suggests, the album commemorates the 10th anniversary of the June 16 protests in Soweto. It comes with a 19 page booklet, High Time (after a reggae track on the LP by Glenn Gibs), containing eyewitness accounts of Soweto on that fateful day, and of life in SA townships in the subsequent decade, as well as photos, press clippings and a copy of the then-banned Freedom Charter. It explains the ANC’s decision to resort to violence, appeals for material support, details numerous violent protests (“solidarity actions”) in Holland, and threatens further action against multinationals making profits in SA. 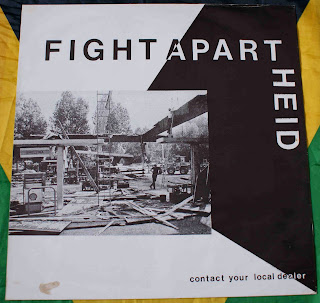 Remember Soweto also captures the desperation that followed the declaration of a State of Emergency on June 12th 1986: “This situation has reached a climax, there is no way back. The liberation struggle has to continue. There’s no prospect for change unless other countries stop the regime in South Africa. They need to hurry up, and we need to force them to do so.”
. 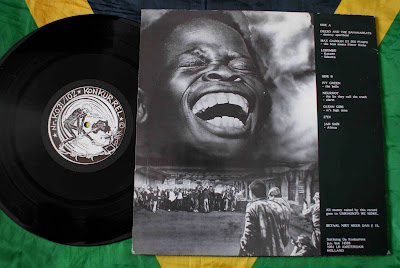