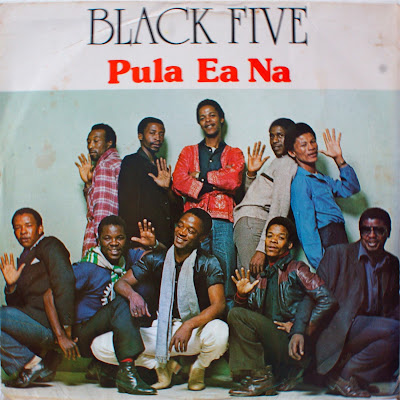 A tasty serving of Sotho Soul stew! Hailing from Sebokeng, south of Joburg, the Black Five were a 10-piece group whose vocalists included Cokes Mokhele and the recently departed Daniel "Nana" Tsietsi Motijoane, later known as Coyote and part of Stimela. 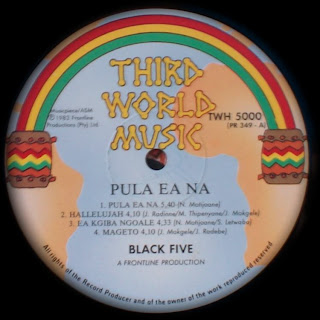 Highlights on the pre-bubblegum classic include the smooth funk of 'Selallane' and 'Wa Ikgona', the ecstatic gospel of 'Hallelujah' and the famous title track, written by Tsepo "The Village Pope" Tshola (Sankomota) and later covered by the likes of Hugh Masekela and Mara Louw. 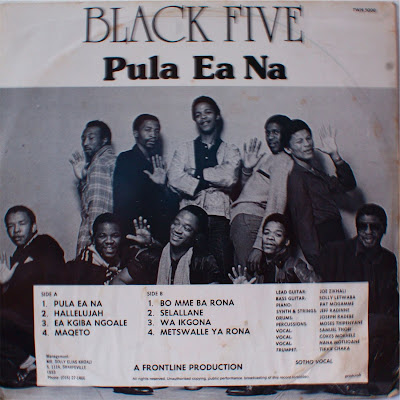