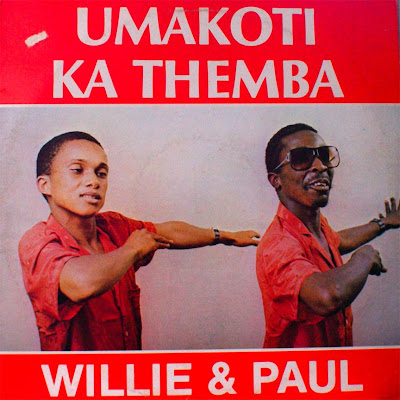 Willie Molala and Paul Hlatshwayo put out Azanian soul similar to early Steve Kekana albums by the same producer. Pounding kickdrums, intricate guitarwork and sizzling synths on tracks like 'Umalokazana' (daughter-in-law), 'Yeka Utshwala' (give up the booze), 'Phantsi Olwandle' (down by the ocean) and the title track (Themba's bride), while the Vuma-penned 'Khosi' (chief) brings on the funky stuff. 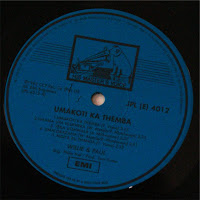 "The duo Willie and Paul is another success story of the blind in the history of South African music. Originally from Mokopane in Limpopo, they took the local music scene by storm. By 1982 they were the talk of the town. Their hits included 'Umakoti ka Themba', 'Ho Bohloko Joang', 'Ho Tseba Modimo Fela', 'Ke A Ho Rata', 'Khosi', 'Khutla Mantwa', 'Nyalanang', 'Moipone' and 'We Love It'. The duo was also at one stage under Steve Kekana's producer, Tom "Big T" Vuma... one of the most dynamic producers in South Africa." (Mojapelo 2008:32) 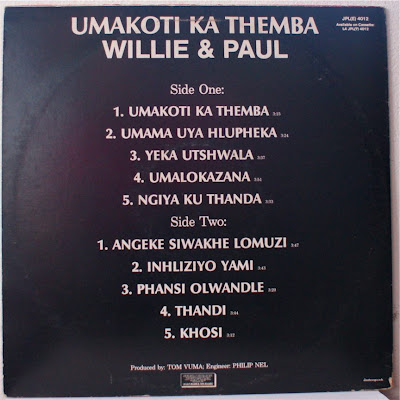