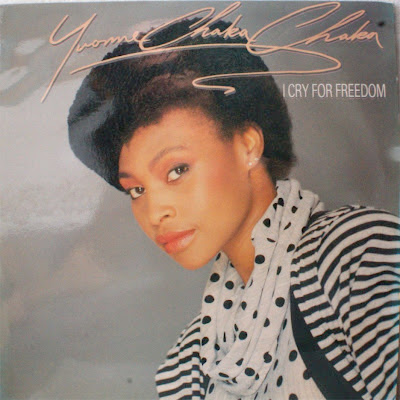 One of SA's most bankable, beautiful and brightest stars, Yvonne first emerged in the mid-80s and is still going today. Besides the popular title track, this album from her 80s heyday includes the hit 'Doctor Doctor', 'Caught Breaking The Law' and the saucy 'Baby I Want You Right Now'.

"The siren effect was brought into her album I Cry For Freedom with the track 'Caught Breaking The Law'. My understanding of the strategy behind the concept was that the producers, Attie and Phil, were playing on the tense and hair-rasing effect of the siren, which to most people spelled danger - the police, the ambulance or the fire brigade. It immediately captured our attention. It also won the sympathy of the listener who knew what normally happened to people who were dragged into the cold and dark cells for breaking the law . . . 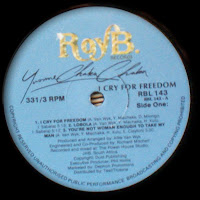 "In a short space of time Yvonne Chaka Chaka was South Afria's most popular musician on the continent. She was a hit in Zimbabwe, Kenya, Gabon, Sierra Leone, Ivory Coast and many other countries. It was on her 1990 successful Uganda tour that she earned the name 'Princess of Africa'."  (Mojapelo 2008:98) 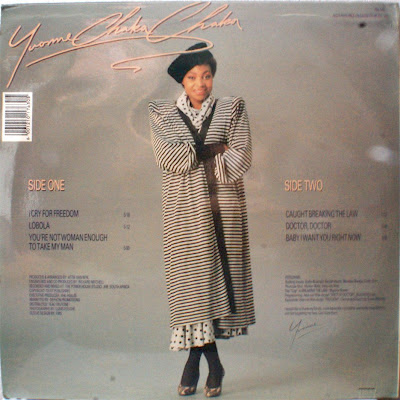